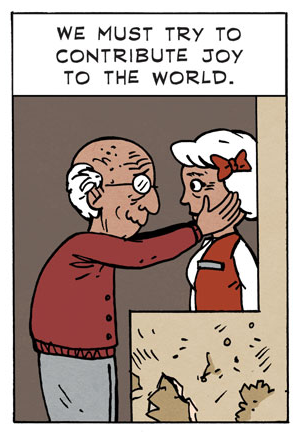 Near the end, film critic Roger Ebert wrote a heartbreakingly beautiful blog post about what he had learned about life and death, in which he emphasized the value of kindness and contributing joy to the world. His beautiful and wise words are given an artistic treatment in this “Zen Pencils” narrative comic. (Bonus: sales of prints of this comic will be donated to the Sundance Film Festival’s Roger Ebert Scholarship For Film Criticism).